The history of Kente and Adinkra symbols 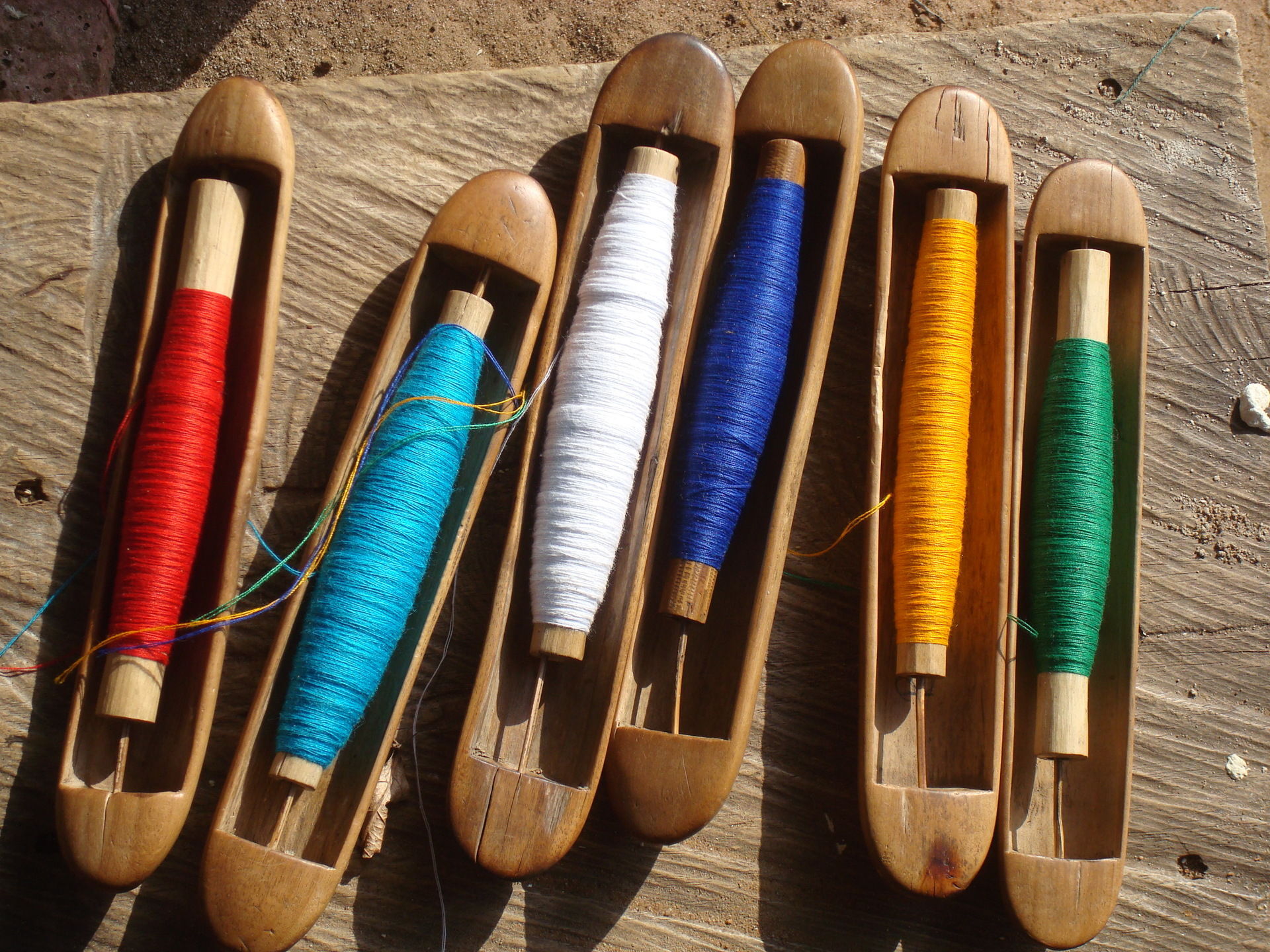 Do you know the most popular locally-made fashion item in West Africa was discovered by two friends in a forest upon meeting a spider?

A popular myth is told of two friends Ota and Ameyaw who went into a forest one night to inspect their traps and were intrigued by the intricate designs of a spider web. The Spider known in Ghanaian folklore as Ananse offered to teach these two friends how to weave in exchange for some favours. After completing the favours, they were taught how to weave. They later went home to Bonwire (their hometown) and started weaving what they were taught into silk and cotton fabrics. This they say became the birth of the to-be famous artefact, the Kente.

Kente is a local cloth made in Ghana by weaving strips of cotton and silk. This type of cloth is made particularly by two ethnic groups (a tribe of people who trace their ancestry to one particular place of origin from the past and personality) which are the Ashanti and Ewe kingdoms. Cities famous in Ghana for producing the best quality of Kente are Tsiame, Bonwire, Agotsime-Kpetoe and Ntonso among other notable ones. The word Kente in Ghana has two meanings. Firstly in the Ashanti language, it is referred to as “ken-ten” which means Basket, while The Ewe people of Ghana call it ke-te which means to “open and press’ which symbolically refers to the opening and closing of the loom as the weaver weaves.

The true origin of Kente however is not fully appreciated to any one tribe or place, as there are many stories of how it was invented. There are many myths surrounding its invention without any solid proof. The Ashanti/Akan people of Ghana believe it originated from Bonoman, where they migrated to Ghana. People of Bonwire as in the first paragraph, claim a spider taught their fellow clansmen in a forest. While the Ewe people claim it came along with them from across their journeys of migration. So the origin of the symbolic cloth is still debate but one thing assured is that it came without any outside influence.

The Kente cloth is mostly very brightly coloured or dark depending on the occasion it will be used for, originally the Ashanti’s only used it for highly sacred ceremonies but due to modernity, the Kente cloth is now used globally on any occasion. It is also worn by African-Americans as a show of ethnic pride.

The general design of Kente is made with abstract ideas and at times based on the nature of the occasion it will be worn to. Some famous designs are the Emaa Da design which symbolizes creativity and knowledge gained from experience. Another famous design is "Sika fre Mogya" which symbolizes wealth gained from hard work. The designs, if not based on ideas will then be based on colours. In Ghana, colours are a very important aspect of the culture. The colours a person wears to a type of ceremony can be used to assume the quality of home training that person has received.

For the experienced Kente weavers, colours have meanings and will be sown for you with that specific intention. Below are a list of colours weaved into Kente in Ghana and their meaning to the indigenous people. 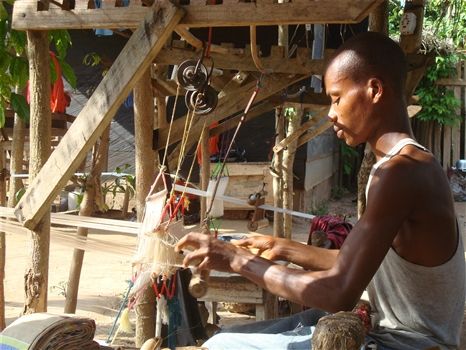 Kente is mostly woven by men. They weave on horizontal looms that produce bands of Kente which is mostly four inches wide. The horizontal loom is constructed with wood which consists of at most 6 heddles that are used to separate and guide the warp threads. This is then attached to foot pedals called Treadles which are used to divide the threads apart. During the weaving, the Weaver uses a shuttle-like wooden device carrying a spool of thread to insert the weft threads between the warp threads. This is what is used to create fascinating designs. The Kente weavers are accorded a great deal of respect because all their works are hand-made and making the design requires a great deal of experience. One fun fact is all the original Kente cloths around the world are hand-made by people with no technological efforts. In the past years, some countries tried to imitate these designs with technological tools but theirs could not compete with the Ghanaian made originals.

Adinkra is a set of symbols (designs) that are woven unto clothes and used on documents that have a deep historical and philosophical meaning and were originally created by the people of Gyaman in the Ashanti region of Ghana. Stories are told of a great King Nana Kwadwo Adinkra Agyemang who was the King of Gyaman people. The Gyaman people are credited with inventing Adinkra. This great king loved the designs so much that he wore it always and named the design after himself. As history has it after his tribe lost at war to the people of Ashanti. The king’s son, who became an expert in Adinkra design, was forced to teach these designs to the people of Ashanti who would later produce this with high quality on mass distribution. They later began sewing them on Kente clothes and printed them on calabashes. This became very attractive and brought about worldwide fame. Since then adinkra symbols became an important part of Kente cloths. They add the historical importance and bring to light the creativity of the indigenous weavers. Here are some adinkra symbols and their meanings.

Social Changes and modernity have brought about a change in our communities. Kente is no longer being used for sacred ceremonies and by rulers. It is no longer limited to being cut into cloths only. Kente is now used by fashion designers in Ghana and abroad to make dresses shirts and shoes.

Kente as generally attractive and rich in colour as they are, carry very important historical, religious, social, ethical, and philosophical values and thoughts of the West African people whether handmade or machine-printed. So next time you plan on travelling, make it a point to visit Ghana and see for yourself how the locals make these beautiful Kente cloths and make sure to grab for yourself one or two pieces.

Kente is woven in long strings